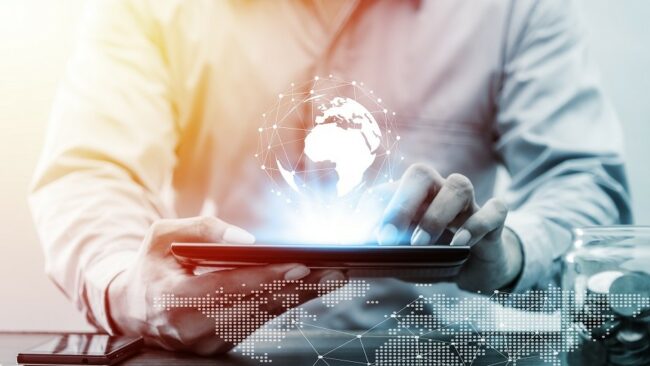 It’s time to stop talking about digital banking as though it’s an end game. Today’s digitalization is just the first step in the more holistic transformation to come. In the first of my focused insights on the Future of Banking, I’ll discuss a few of the meaningful changes banks need to undertake in order to thrive and grow as banking moves into the future. Watch my blog for more of these insights in the months ahead.

Until quite recently, many incumbent banks were focused on a digital transformation that would migrate their current structures and services onto a digital infrastructure with a user-friendly interface. This was what they believed they had to do to compete against neobanks that were offering traditional banking products and services, but using a more convenient digital approach that tech-savvy customers were eager to try. However, the banking landscape was evolving in much more complex ways that some incumbents have yet to address.

Neobanks were initially seen as reinventing the customer experience—but that was just the tip of the iceberg. They also redefined the sellable units of financial offerings and componentized them, adding new pricing options. In the process they fragmented a value chain that had always seemed indivisible. And instead of owning everything and creating a copycat banking business model, they created adaptive business model opportunities. They are now enabling models that are collectively meaningful and exponentially expandable: super-apps, embedded models, and BaaS are just a few examples.

The 2020s have new goalposts

As 2020 ushered in a new decade and new, unexpected challenges, banks moved up their digitalization timelines—but most did not rethink their overall goals or business models. They continued to migrate their existing value chain and business model into the digital realm. That approach is now outdated. Digital-only players are rewriting the rules and innovating fast. The longer banks hold on to their traditional vertical-integration model, the more likely they are to lose customers to more forward-thinking competitors.

Today’s standard version of digital banking can improve a bank’s cost base and reduce inefficiencies, but capturing future growth can be achieved only by looking beyond digitalization to consider multiple new business models.

Customers are embracing “best of” banking

The landscape has changed, and will continue to change, in the financial services ecosystem. New players are going beyond emulating traditional banks in the digital world. Instead, they are creating new business models that leverage the opportunities of a delayered value chain. By doing this, they are chipping away at incumbent banks’ business.

Examples include these category killers:

Customers are becoming less and less “brand loyal.” Instead, they are choosing which products they prefer from which providers, and in many cases using embedded services from third-party providers without even noticing them. Customers have the flexibility and opportunity to “build their own bank” by combining services from different players instead of searching for one incumbent that meets all of their expectations. There is no switching cost for them, and the result is incremental, more transparent, and more flexible.

This “best of” approach has upended the vertical integration model that most banks have relied on for decades, if not centuries. The physical convenience of banks, together with the power of their detailed customer data, is no longer a differentiator: digital presence now trumps physical convenience, and data (unless it is intent-focused) is more accessible than ever before.

According to Accenture’s Banking Consumer Study, 27% of consumers opened an account with a new bank that year, but only 14% switched their main account. As customers spread their banking across more providers and platforms, incumbents will see their slice of the pie continue to shrink, even if they don’t lose those accounts entirely.

Trading one model for many

This fragmentation of the banking value chain can’t be ignored. The banks that are willing to embrace new business models and continually evolve them will lead the pack in innovation and profitability. It is time to think about the future of your business beyond your existing model and stop trying to simply adopt the latest digital trends.

In upcoming posts, I’ll examine how the banking value chain has been shattered, and why that’s actually good news and a big opportunity for banks. I’ll also examine the evolution of banking business models and explain why one model may no longer be enough. Be sure to follow my blog for those insights.