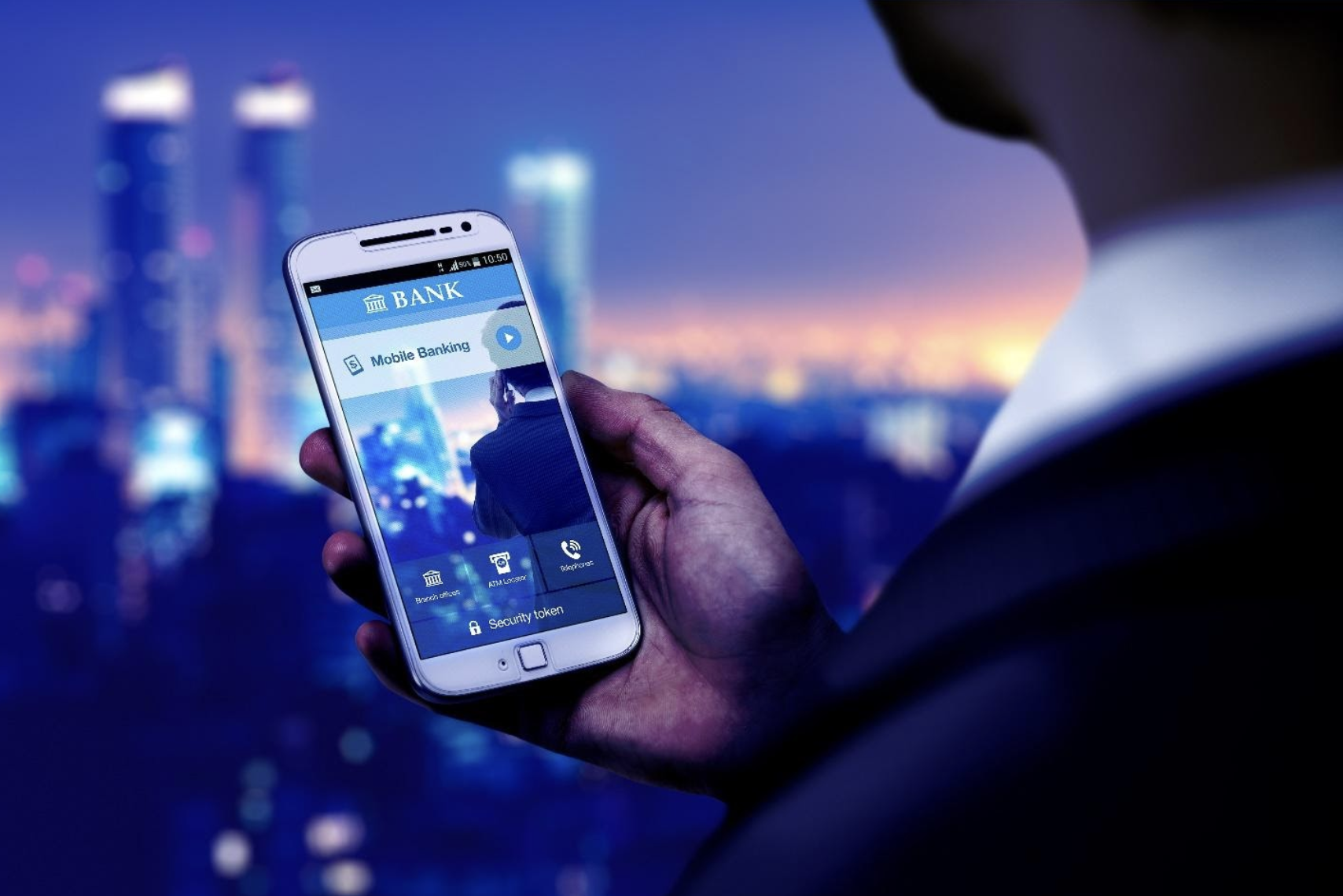 Lessons from the rapidly evolving regulation of digital banking

Regulators seeking ways to balance protection of customers’ interests, financial institutions’ risks, and their other policy objectives for digital banking can learn from early regulatory experiences.

For regulators weighing digital banking’s benefits and risks, the challenge is to find the right balance between supporting innovation and protecting consumers. In addition, some jurisdictions, including Singapore and Malaysia, have used licensing regimes to support broader policy ambitions, such as boosting financial inclusion or increasing competition in specific segments. Currently, most jurisdictions apply existing banking laws and regulations to digital start-ups and fintechs. However, several jurisdictions have opted to build regulatory frameworks specifically for digital banking.

In this article, we describe how these frameworks have evolved amid variations in ownership structures, capital and financial parameters, and physical offerings. We then compare ways that frameworks differ from one market to another, as well as highlight some commonalities across digital banks. Regulators may use this overview of global practices to identify which frameworks and processes are best suited to their own market.

Digital banking is present almost everywhere in the world, with incumbents, fintechs, and new digital banks offering accessible and efficient banking experiences (see sidebar “What is a digital bank?”). Given the relative immaturity of the digital-banking business model, regulators have awarded few (two to eight) licenses at a time. Just five years after launch, Tencent-backed WeBank serves 200 million people, and Alibaba-supported MYbank has more than 20 million small and medium-size enterprises (SMEs) as customers. In China, digital banks now have a 5 percent share of the market for unsecured consumer loans. South Korea’s KakaoBank, launched in 2017, attracted more than ten million customers in its first year. In June 2021, the company announced plans to raise $2.3 billion in an initial public offering.

There is no uniform formula or proposition. Business models—as expected—are often aligned with licensing conditions, which guide how banks can launch and develop. UK digital bank Monzo started as an e-payments player, in line with its license, and later broadened its offering when it obtained a full banking license. China’s MYBank and the United Arab Emirates’ Anglo-Gulf Trade Bank focused from the start on lending and trade finance, respectively, as their banking licenses permitted.

In addition, the adoption and acceptance of various technological developments by regulators across geographies have allowed incumbent banks to modernize while setting the ground for digital banks and fully digital offerings to emerge. The following innovations and regulations enable or enrich digital offerings—both by traditional players and digital banks:

Digital-banking regulation has generally evolved gradually. Regulators appreciate digital banking’s potential benefits in terms of inclusion, competition, and customer experience. Still, many regulators have been careful to avoid encouraging opportunism or a free-for-all that would undermine trust and financial stability.

Digital regulators tend to follow one of two models:

In contrast, under Singapore’s digital license, there is a foundational period with limits on the amount of deposits the bank can take. Setting up a digital licensing framework will take time, but it ensures that regulators have the appropriate oversight of digital-banking activities to ensure compliance. From the licensee perspective, the license offers clear guidelines on operating and—if designed with the intent—allows it to provide a broader range of products than it could under, for example, an e-payments license.

On a regional basis, Asia has been relatively active in licensing digital-banking business models. India’s and Australia’s licenses include terms imposing a low cap on deposits or exclude lending from the allowed activities. In the latter case, the licenses were not full digital-banking licenses, so in India, the licensed firms are called “payments banks.” At the other extreme, China Mainland, Hong Kong SAR, and South Korea permit digital banks to offer a full suite of products and allow nonbanking ownership and unlimited deposits.

Dedicated digital licenses can open markets to new players where traditional banking licenses are limited. By contrast, in countries with a good stock of available traditional licenses, technology players more often are buying small traditional banks and turning them into digital banks or simply adding lending and payments products to their ecosystems. In Indonesia, for example, Sea Group’s e-commerce arm Shopee bought local lender Bank Kesejahteraan Ekonomi, intending to transform it into a digital-only operator. Finally, where a digital-banking license or a standard banking license was not available, some fintech players and big techs expanded organically adding financial products such as lending or payments, but without taking deposits or offering a complete banking solution.

Regulators also play a critical role in shaping the context in which banks—both digital and traditional—execute their business plans. For example, with a regulatory framework that enables fully digital onboarding and operations, banks may be better able to reduce the costs of onboarding new customers. Or, in a market where the central bank puts in place mechanisms to support data flow, simplify credit scoring, and encourage open banking through common API standards, banks may find it easier to focus on data access to support their risk-management activities.

The design phase for new digital-banking frameworks is, of course, critical. By setting requirements on ownership, shareholding structure, and the fit and proper criteria for owners and managers, regulators determine what types of players can enter the market. The framework design has some common elements in three broad groups:

Regulators have around 15 common criteria. Applicants need to fulfill these defined criteria but will have freedom in the approach used to achieve them (for example, freedom to partner with any technology company). Singapore requires that at least one entity in the applicant group have a track record of three or more years in operating a business in the technology or e-commerce field. Additionally, the framework defines permissible product offerings for digital banks. In the United Arab Emirates, the Abu Dhabi Global Market (ADGM) regulator has issued licenses for the SME and corporate segments. Meanwhile, regulators in Hong Kong do not permit digital banks to require a minimum account balance, and China’s digital banks do not take direct cash deposits.

A standard licensing provision concerns physical presence, setting out limitations regarding branches and access to ATM and agent networks. In general, regulations reflect the fact that digital banks, by definition, do not have an extensive physical presence. Chinese Mainland, Hong Kong SAR, Malaysia, Saudi Arabia, Singapore, South Korea, and the United Arab Emirates allow digital banks to access agent networks, which can be used for cash deposits. In contrast, Singapore, which is also targeting a cashless society, does not allow digital banks to access ATM networks.

Usually, the time from publication of the regulatory framework until digital banks begin operations is around two years. Singapore’s regulators, for example, announced in June 2019 that they would issue licenses, and the licensed digital banks are expected to launch in early 2022, following a delay related to COVID-19.

The timeline for issuance is typically as follows: When the regulator has announced the issuance of licenses, it calls on interested parties to submit their applications within a limited period. After closing the application window, the central bank’s licensing committee assesses the applications based on the minimum eligibility criteria and assessment framework defined and approved by the board of directors or equivalent body. Then it allows a certain amount of time for the successful applicants to build their banks. This usually occurs under the supervision of a central-bank team, which supports and monitors banks after a launch.

A dedicated regulatory framework for digital banking sets out the core digital-banking structure and permissions, and it determines how many licenses are to be granted. Regulators typically share application guidelines and requirements, timelines, and frequently asked questions. Also, they often use assessment frameworks and scoring systems.

Digital and traditional banks face similar risks, including operational and credit risks. Thus, the transition to digital banking leaves in place the primary regulatory mission: focusing on credit and counterparty risks, capital adequacy, risk management, and compliance. The European Central Bank, for example, mandates “same activity, same risks, same supervision and regulation.” Similarly, the Monetary Authority of Singapore (MAS) has no special supervisory requirements for digital banks. Still, there are sometimes nuances in emphasis for activities and operating models such as straight-through processing or scoring for customers with little or no credit histories. There also may be differences in focus. MAS, for example, conducts slightly more frequent off-site supervision during the foundational period. Bank Negara Malaysia also engages more frequently during the initial period, and it exempts start-ups from stress testing.

While digital banking has become part of many people’s daily lives, this business model is relatively new. Globally, digital and traditional banks are subject to the same regulations, but some jurisdictions have developed regulatory frameworks specifically for digital banks. For countries considering this route, we see value in reviewing the efforts of markets that have tackled the dual challenges of seeking to ensure the financial system’s safety and to protect customers’ interests and of using digital-banking regulation to achieve broader policy aims.